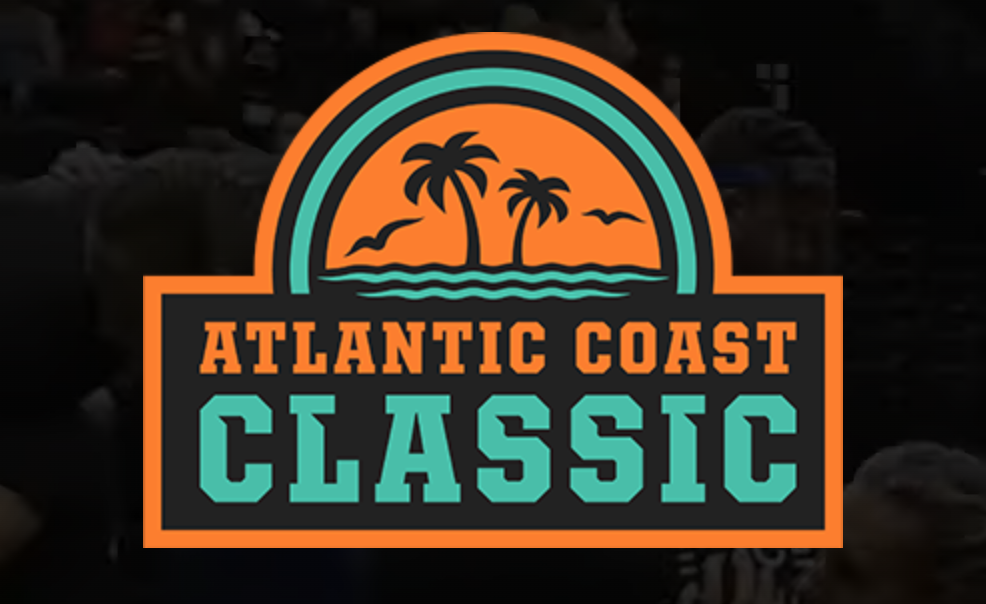 It was a big day for our eXalted members this past weekend at the Atlantic Coast Classic CrossFit competition at the Ocean Center in Daytona Beach. And while several eXalted athletes placed high in age group and other categories, the real winners were everyone who stepped into the arena, pushing themselves to new limits and growing together as athletes. Here is a quick breakdown of how each of our team members performed in this big event.

Head Coach and eXalted CrossFit Co-Owner, Ari Levy, had this to say “This year we had one of our most successful local competitions with multiple athletes in their first up competition ever. We had just about everyone step out of their comfort zone to huge success, four people podium and everyone exceed their expectations for themselves. The dynamic of testing all the hard work we put in the gym throughout the year always pays off when we get to show it off and see the true fruits of our labors on the competition floor.”

Jeff Adler is a 4 Time CrossFit Games Qualifier, a Co-Owner of CrossFit eXalted and is now on his final training weeks for the 2022 CrossFit Games. Jeff's Level 3 CrossFit Coach Caroline Lambray leads the CrossFit eXalted Games Team and had this to say about our athlete's that are training for the 2023 games that competed at the 2022 ACC Classic "Danny and Megan have been great at communicating to make sure I can help them optimize their training and recovery. I had full faith in their ability to perform and, if need be, roll with the punches that live competition often throws our way like WOD and schedule changes, questionable judging calls, etc. I could not be more proud of both of them and look forward to the months ahead."

Megan Hansen finished 8th out of 13 other females in the Elite Female First Competition. Megan held her composure throughout the entire competition and continued to maintain a position that allowed her to place in the top 10. It was also the first time she did a complete set of five bar muscle ups in a workout with 20 muscle ups, and they all looked amazing!

Danny Wymer placed 3rd out of 24 in the Masters Male category. He held a top three place the entire weekend, and we were shocked by his great performance. Danny shared some advice that he has taken away from competing for several years in CrossFit. “You have to be vulnerable and put yourself into a position to fail, never shying away from a competition,” he noted. “You can really surprise yourself when you put yourself into a position to test your limits beyond what you thought they were.” Wymer gives his utmost thanks his wife. He also praises his coach, Caroline Lambray, saying, "you have TRANSFORMED me as an athlete, and you are truly a genius." Placing 147th worldwide, Danny is now chasing a spot in Semifinals and the Games.

CrossFit eXalted Competition Coach Stone Jorquera, who competed in 26 competitions, "I am very proud of the amazing performance all our athletes, we came to represent!

‍Cody Kehrt competed in Intermediate Male, placing 47th out of 134. Cody’s ability to complete his double unders unbroken for the first time ever after completing our double under seminar was truly a spectacular achievement in the competition.

Big Moose Bryce competed in Intermediate Male and placed 14th out of 134. He completely dominated the competition, giving every workout his all while having fun!

Jon Russ placed 114th out of 134, also in the Intermediate Male class. Every single workout went according to his plan, and his execution during the whole weekend was impeccable. It was Jon’s second time competing at Bacon/ACC and the first time as an intermediate competitor. “It was a great experience! The support from our team, coaches, families, and friends was tremendous,” he said. “I still have things to work on, so the goal is to continue to get better. Now the work begins to get ready for Vanguard!”

In her first individual competition, Megan Menges competed in Beginner Female finishing 74th out of 318 other females, an incredible performance. “Competing will push you out of your comfort zone,” she commented. “It challenges me to work harder to accomplish things I never thought I could do or thought I was capable of. It pushes me to be a better version of myself both physically and mentally.”

Dalkin Gomez also competed and was eXalted’s first adaptive athlete to represent our gym. He persevered through the seated division and pushed himself to the limit.

Anthony Stewart finished 40th out of 57 in Beginner Male. This was his first ever CrossFit competition, and he really showed up for such a big competition.

The WOD Fathers, Joe Orr, Jeff Beierschmitt and Paul Miller, placed 13th out of 62 in Intermediate Team Male. Their last workout performance was very impressive, and they put on an amazing performance as a team. “Being the oldest competitor at the event was intimidating, but having great people around allowed me to put that aside and enjoy the competition,” said Joe. “There was no doubt that these events highlight your weaknesses, but between training and the adrenaline I found a way to hit a couple of PRs. First competition HSPU and 50 unbroken double unders. Can’t wait to get back to turning my weaknesses into strengths!”

Paul added that the event was “tremendous fun and full-on competition the entire weekend. Our WOD Fathers team trains together, socials together, and takes the podium together.”

The Growers and Showers Masters Team Male, Cory Collier, Arthur Leardi and Craig Turner, finished 7th out of 10 other competitors. This team did an amazing job and represented CrossFit eXalted extremely well!

We can’t wait to see everyone perform at The Vanguard (October 29-30 at the PR Funding Center in Lakeland, Fla.) and our own WODs of Fury Competition coming up in the Fall! We look forward to cheering on our future competitors and continuing to train with you until then!

Managing Partner of CrossFit eXalted Anthony Gomez shared with us that eXalted has been continuing to get inquiries from athletes from around the world about moving to Florida and joining the eXalted Competition and Games team. "When you have 10 coaches with certifications, warm weather year round, a 7,000 SF facility, and a vibrant community of athletes it’s a natural to consider coming to eXalted to take your competition performance to the next level. There is plenty to do here for fun including jet skiing , boating, the beach , mountain biking , and 17 theme parks within 90 minutes. This is only the beginning as we are planning more ways to add value to our Competition and Games athletes.”

Four time games athlete Jeff Adler makes CrossFit eXalted his USA home for training. After winning the CrossFit Games Semifinal Atlas Games he was asked after winning the final competition what did you say to yourself to prepare yourself for today? Jeff simply said “I wanted to win. I won.” 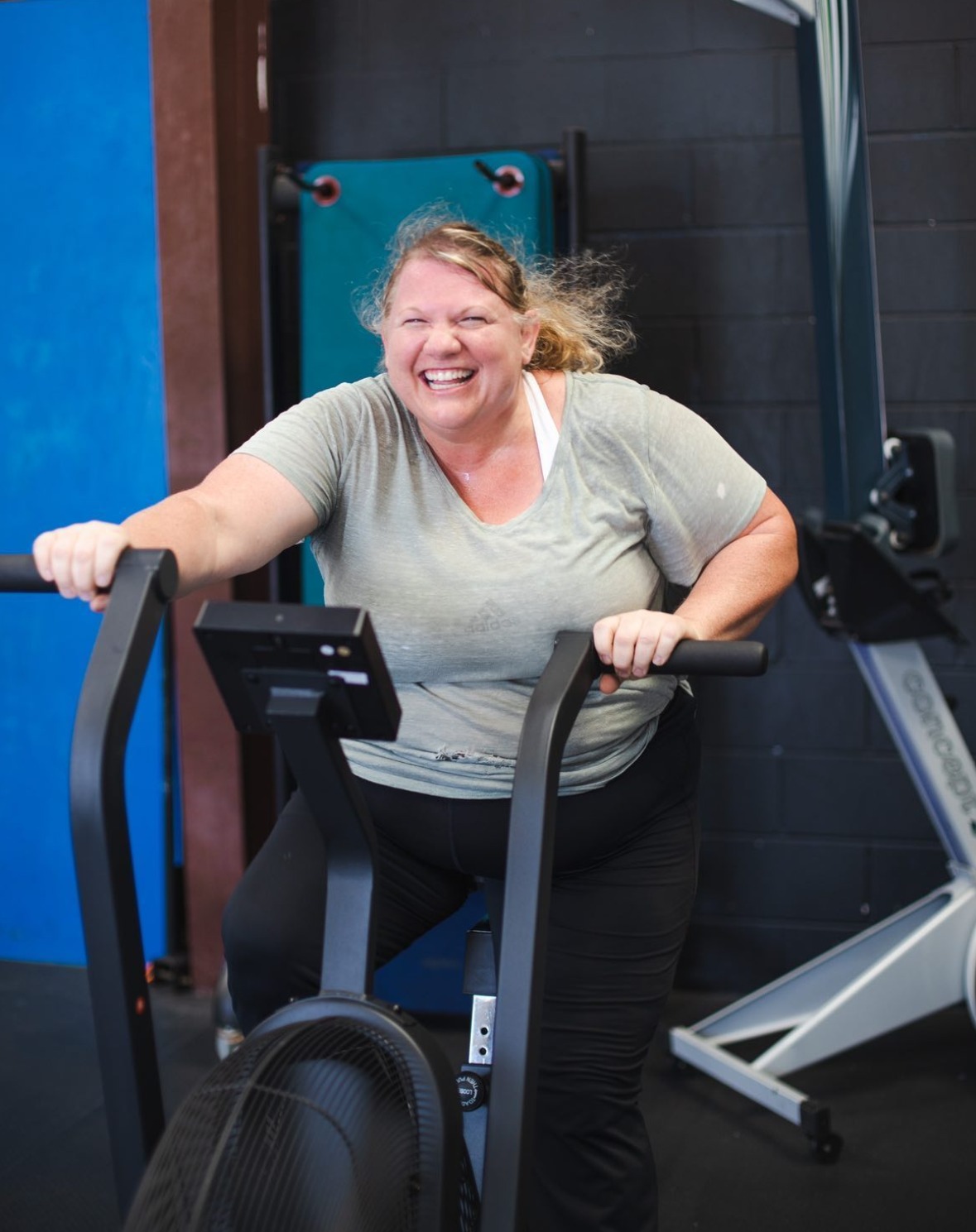 Why is CrossFit the best form of exercise? 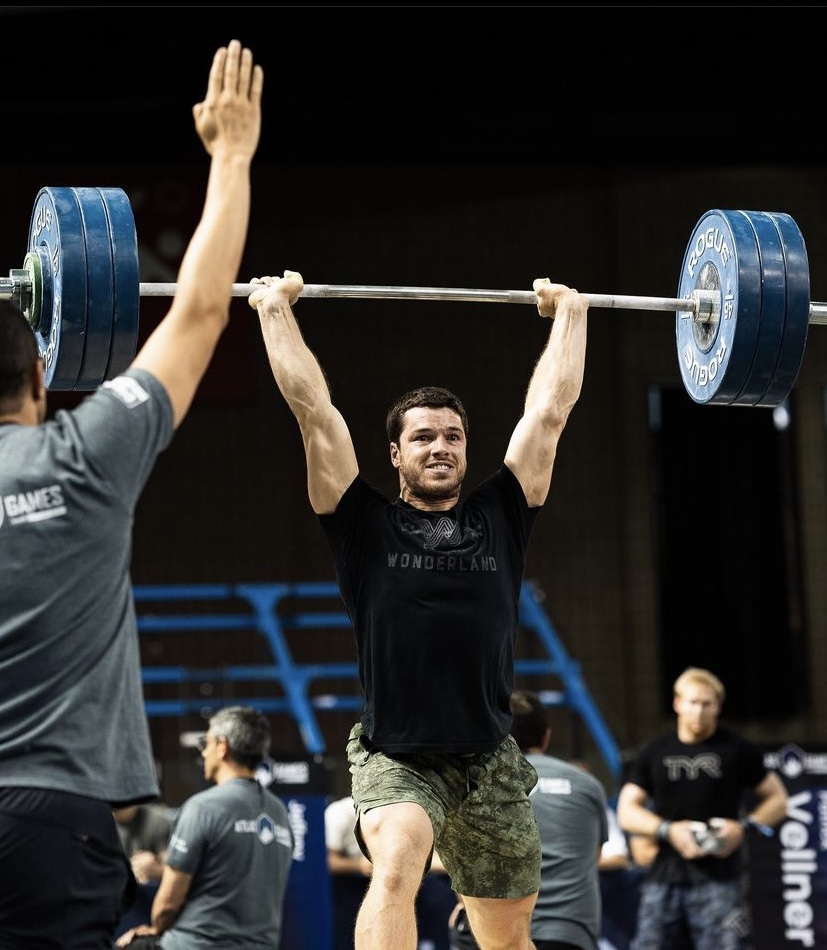 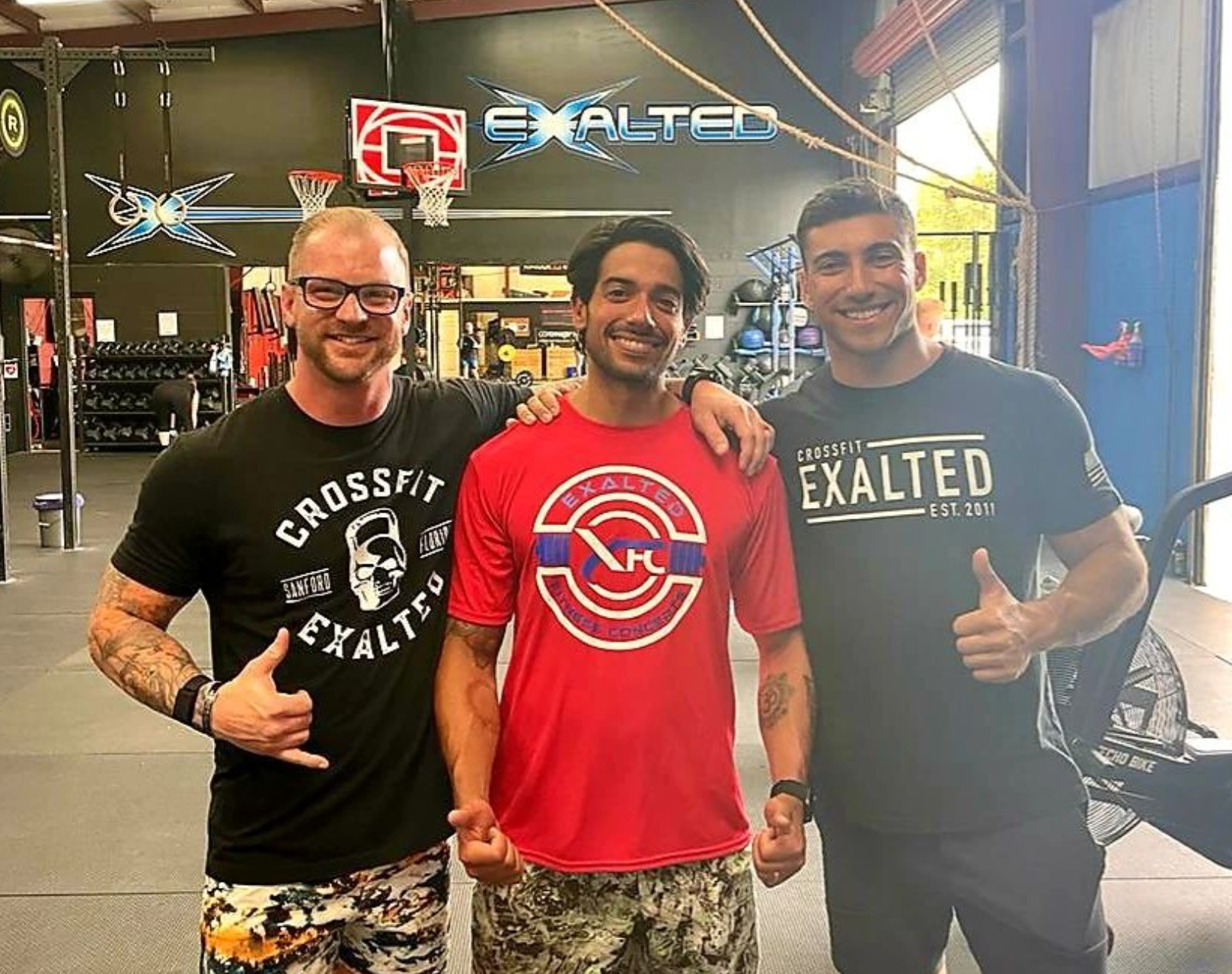 Check out Week 1 of Coaches Corner